Basketball Team Riding a Crest of a Wave

The West Buckland basketball squads are riding a crest of a wave, with three wins from three in the South West Winter League.

The league consists of nine schools – WBS, Blundell’s, Queens Taunton, Kings Taunton, Wellington School, Millfield, Sidcot School and Wells Cathedral School and the squad have opened up their account with wins against Queen’s Taunton, Blundell’s and Taunton School.  The league is played throughout the Autumn Term with finals day played in December between the top four teams from the league. 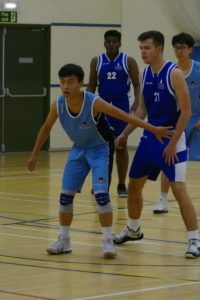 Basketball is going from strength to strength at the school, with A and B-team fixtures in both the Autumn and Spring Terms.  The squad train from 8-00pm until 9-30pm on Tuesday and Thursday evenings with fixtures played on Wednesdays and Saturdays in both terms. 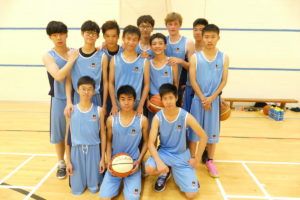 The sport has benefitted hugely from the addition of Mr Dave Roper, former England player and England Basketball Level 3 Coach, who has come in to coach the team in our wonderful sprung floor in the Jonathan Edwards Sports Centre!