We’re delighted to be holding another virtual Open Day, for Prep and Senior school, on Saturday 13th March. To find out more and to register for these events, please click here.

We’re delighted to be holding another virtual Open Day, for Prep and Senior school, on Saturday 13th March. To find out more and to register for these events, please click here.

WEBS announces plans for a larger wildflower meadow at school

West Buckland Ecology and Biodiversity Society (WEBS) has started preparations for a wildflower meadow in front of the 150 Building. WEBS, which is a Sixth Form club, recognises the importance of supporting nature, not only for the benefit of the environment but for the human community too.

Expanding the work started in 2019

In the Autumn of 2020, members of WEBS and the wider school community will be starting the establishment of a larger area of wildflower meadow in front of 150 Building. A strip was established in front of the 150 Building by Prep School students in the Spring of 2019 and this area is being enlarged and improved.

100 wild daffodils (Narcissus pseudonarcissus) will be planted and over 500g of wildflower seed will be sown (including species such as yellow rattle (Rhinanthus minor), yarrow (Achillea millefolium), ox-eye daisy (Leucanthemum vulgare). More wild seed has been collected and plug plants grown on ready for planting. The aim is to establish a flower rich habitat to mimic an old-fashioned Devon hay meadow, an important wildlife habitat that has seen declines of over 90% over the last 100 years. 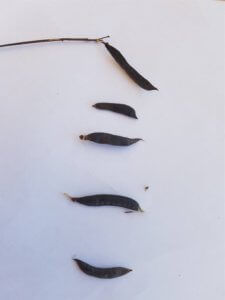 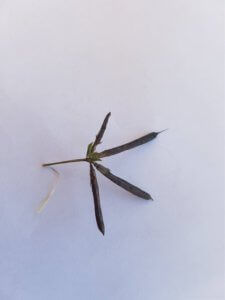 Bird’s foot trefoil – Lotus corniculatus. So named because the seed pods resemble bird’s feet. Also called “Eggs and Bacon” because of its small, yellow, slipper-like flowers and sometimes – “Granny’s toe nails”. Common bird’s-foot-trefoil is an important foodplant for the caterpillars of the common blue, silver-studded blue and wood white butterflies; the latter two species are both classified as Priority Species under the UK Post-2010 Biodiversity Framework. Its flowers are a good nectar source for bees.

This area should provide not only habitat for wildflowers but also the myriad of insects that rely on this rare habitat. We also hope to make a statement about the school’s environmental and ecological outlook. The benefits to children’s mental and physical health by spending time with nature are both well-documented and evidence-based so the impact of this project goes beyond the wildlife. 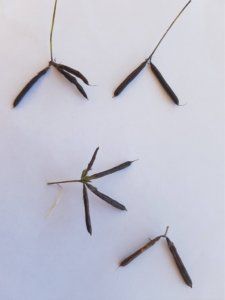 Common Knapweed – Centaurea nigra. It is in bloom from June and is a huge favourite of all kinds of butterflies, including Common blues, Marbled whites and Meadow browns, and is sometimes covered in these species. The seed is an important food for goldfinches. 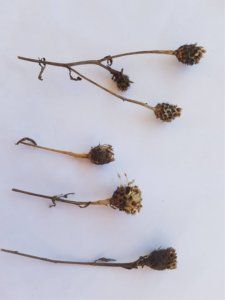 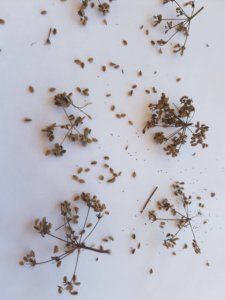 Again, in Autumn 2020 we are planting another 420 trees in our expanding woodland and wildlife area in the fields near East Buckland Cross. This has provided many benefits to wildlife already, with, for example, large flocks of goldfinches feeding on seed left on unmown areas and increasing butterfly and moth populations. 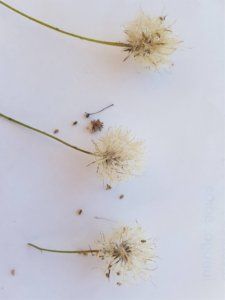 Rough hawkbit – Leontodon hispidus – flowers provide nectar for many species of hoverfly and the seed is an important food for goldfinches.