A large group of enthusiastic hockey players enjoyed a fabulous hockey tour to Holland in the Easter holidays.  Year 10 Maribel Espinosa-Cabrera recounts how they enjoyed a warm welcome from their hosts, toured the sites of Amsterdam and encountered some very tall opposing teams!

During our initial day in Holland, we had our first and only two-hour training session, in what we later found out to be the wrong hockey club. Our training session was full of intense hockey which got us back into the zone, with lots of fun mini games and drills. 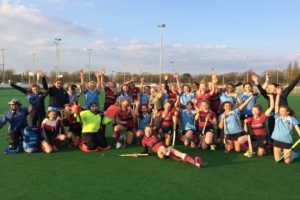 A Visit to Ajax

At midday we had the very exciting opportunity to have a tour around the Johan Cruijff Arena, where later on that day famous football players such as Ronaldo would be playing against the Ajax team. 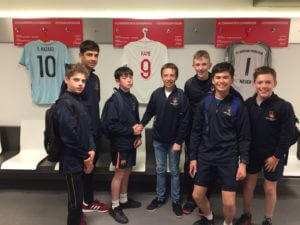 After the tour we had some free time to grab some food and do some shopping. Then we were transferred to our first set of fixtures. The girls’ team were dropped off first at the HC HIC club along with their coachers Mrs Thompson and Miss Hannah, where they played some very tall girls between the ages between 15 and 16. The boys played a very strong U13 team at the HC Amsterdam.

Both teams enjoyed some post-match hospitality with the friendly opposition. Then, we went back to the hotel for some dinner and straight to bed as we were all exhausted after such a jam-packed day.

Seeing the Sites of Amsterdam

On Wednesday, we spent all morning and afternoon in the beautiful centre of Amsterdam. We had a canal tour around the many 165 canals. During the canal tour, you could listen to the tour in many different languages, including English, Turkish, Arabic and Indian. We floated passed Anne Frank’s House, the Mayer’s house and under many bridges. After the canal tour, we walked through Amsterdam to the Dam Square, near the Royal Palace of Amsterdam. We had some free time to do whatever we desired, and then we were off to our second set of fixtures. We played three matches at the HC Hilversum; a boys game, a girls game and a mixed game. 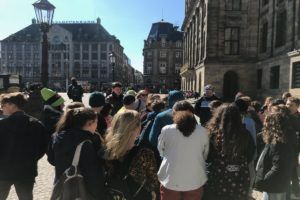 Finishing at the Theme Park

On our final day in Holland we when to the Dunirell theme park, were we had a two hour session in the huge water park. The several water slides and roller coasters were enjoyed by both students and teachers alike. After a very fun day, we set off for our final set of fixtures late in the evening.

After our midnight snack, we went to bed not wanting to leave the beautiful city. The bus journey back was long, however the teachers entertained us by playing sport related quizzes and movies and handing out awards. 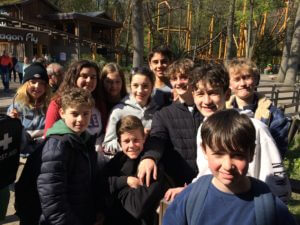 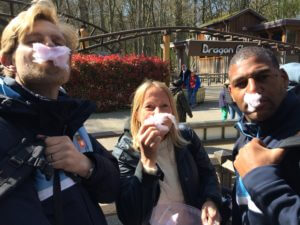