Visit with Holocaust Educational Trust to Auschwitz and Auschwitz-Birkenau

A moving and inspirational visit

In February, two of our students visited Poland to witness the atrocities of the Holocaust which took place in Auschwitz 1 and Auschwitz-Birkenau. Read Sophie N’s moving account  of her visit. 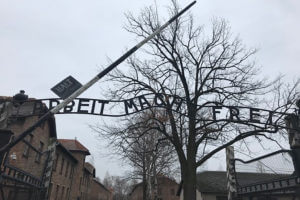 In February, myself and a fellow student went on a one-day trip to Poland with the Holocaust Educational Trust to witness first hand, the place where such atrocities against the human race occurred in Auschwitz and Birkenau. 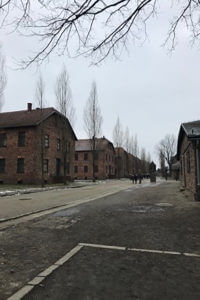 Our flight departed Exeter airport at 7am and we landed in Kraków at 11am. From the airport we drove for an hour to the town of Oświęcim; a town with a previously prominent Jewish population, exceeding 50%, but since the war the town has no Jewish inhabitants. 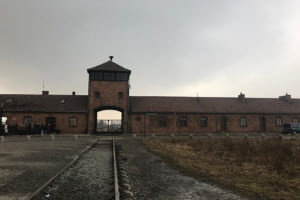 After a brief stop at the town centre, it was a less-than-5-minute drive to Auschwitz 1; a camp initially built as Polish army barracks but later used to detain Polish political prisoners and later on, Jews and minority groups which would then be sent off for labour. 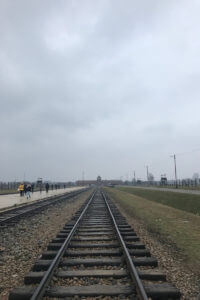 We walked around the camp and saw some exhibits inside converted barracks, such as the famous room full of hair as well as other artefacts like shoes and glasses. Once visiting the exhibits, we went inside the gas chamber at the camp.

We walked to see what was left of the gas chamber and crematorium, both of which had been destroyed as evidence. 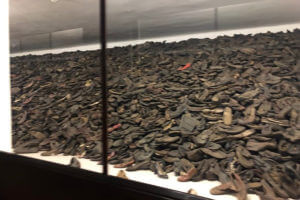 Birkenau was less than a 5-minute drive away from the first. Surprisingly it wasn’t isolated and was only just outside the town of Oświęcim, with a main road driving right past it. This camp, unlike the first, was specifically built to hold Jewish prisoners and other members of minority groups and designed to facilitate their murder. I was shocked at how extensive it was: it was much bigger than I anticipated and covered such a vast, bleak landscape. 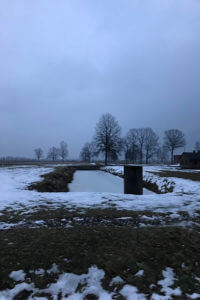 At Birkenau, we went inside some of the only remaining bunkers that hadn’t been destroyed by the Nazis at the end of the war. We went inside one with recronstructed prisoners’ beds and also one with toilets.

At the end of the day we went to the sauna, the place where prisoners were stripped, showered then given their pyjamas. After walking around we sat through a very moving speech by the Rabbi who came with us on the trip.

This shows pictures of Jewish victims and their families before the Holocaust took place, putting into perspective the detrimental effect it had, how it tore family life apart and how it affected so many normal, innocent people. 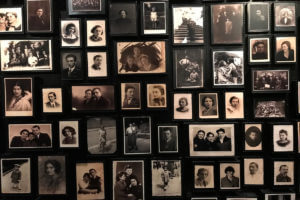 Freddie J, who also went on the trip, said: ‘The thoughts that I have on my recent trip to Auschwitz-Birkenau are that it is emotional and thought-provoking that will stay with me forever. As well, it has given me further insight into the plight of the Jews of Europe and helps to humanise the numbers and statistics of the Holocaust.’