Tennis programme off to a cracking start

The new Tennis Programme, under the leadership of Head Coach, Chris Gill, has got off to a cracking start. With tennis sessions before, during and after school, the take-up has been fantastic and it’s been wonderful to see so many students out on the courts. 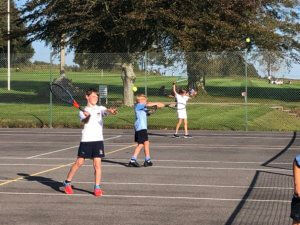 The premise of the new programme is ‘tennis for all’, which is a three-tier offering so that everyone can benefit from playing tennis at a level that suits them. Recreational sessions will be available for inexperienced players to develop the key skills, while Squad sessions are aimed at those players who play once or twice a week and want to hone their skill set. Performance sessions are for the top tennis players who play multiple times per week and regularly compete in the sport. 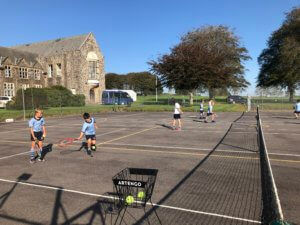 The emphasis on tennis at West Buckland has increased this summer with tennis camps running for all ages throughout the summer holidays, which not only allowed children to improve their skills and confidence in the sport, but provided a much-needed and safe opportunity to mingle with their classmates and friends after a long period of separation. The tennis camps helped to spark an interest in tennis amongst a large number of our students and the tennis programme is proving to be very popular. 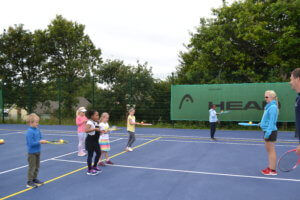 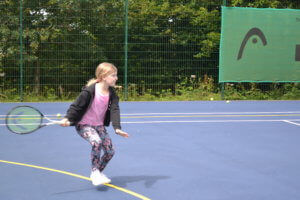 Two of our rising stars, Amelie Pye and Eric Lorimer, were selected to compete in national events for their age groups during August.
Amelie, Year 7, was invited to the girls U11 event at Millfield and finished 6th in her group. Eric, Year 6, played in the U10 boys event and won his group & therefore qualifies for the National finals. Eric was also recently invited to represent the South West against Wales earlier in September. 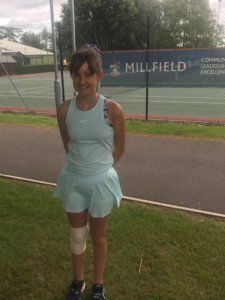 We look forward to a full programme of tennis at West Buckland and hope to have many more success stories in the future. 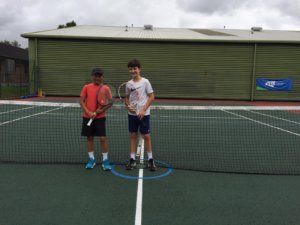