Recognition for the school's excellent work

The school has been shortlisted in the TES School Awards 2022, recognising the fantastic environmental and sustainability work inspired by our Head of Biology, Mr Noah Shawcross.

The school is also a finalist in the ‘Special Sixth Form’ category, and highly commended in the Giving Something Back category of the Muddy Stilettos awards for 2022.

Recognition for the school's excellent work

The school has been shortlisted in the TES School Awards 2022, recognising the fantastic environmental and sustainability work inspired by our Head of Biology, Mr Noah Shawcross.

The school is also a finalist in the ‘Special Sixth Form’ category, and highly commended in the Giving Something Back category of the Muddy Stilettos awards for 2022.

On Saturday, a crew of our Prep gymnasts travelled to Lady Eleanor Holles School near London for the IAPS National Two Piece Gymnastics Championships. The U10s won the Novice team competition with Layla and Rumi taking the individual titles and Freya and Naomi placed 4th. In the U9s Indra had the 5th highest floor score and Emeline matched that on vault. Our U9s and U11s teams were placed 5th overall. 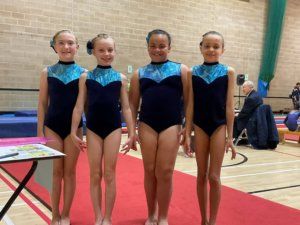 On Sunday, our same Prep students competed at ISGA (Independent Schools Gymnastics Association) National 2 piece championships. The U9s were placed 5th, U10s came 4th and U11s were placed in 7th.
Layla won overall in U10s with Rumi 4th. Abi had the highest vault score in the U11s and we saw some excellent gymnastic work. Although these were excellent results, what was most impressive was how the girls performed. For many, it was their first ever competition and some of the Year 4 children have done very little gymnastics. There were a few ‘bumps’ on the Saturday but they carried on, and came back even stronger on the Sunday. They had to perform individually in front of a large crowd, and some of them overcame their fears/mental block on the vault, which was amazing. Miss Venner was SO proud of all our competitors, so well done girls. 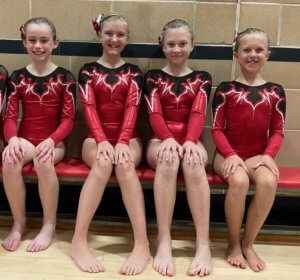 Our basketball team remain unbeaten this season, with wins against Taunton School (78-73); Wellington School (37-30) and Richard Huish College (95-43) to name but a few. Well done team, this is an incredible record so far. 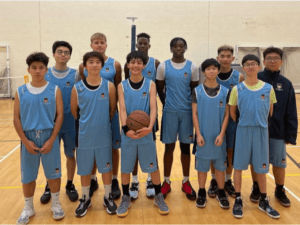 The Rugby First XV played Plymouth College on Saturday, winning 22-0, having beaten Bridgwater and Taunton College 29-0 last week. Meanwhile, down at the younger end of the school, our rugby players in Prep 5 have been testing out their skills in a rugby tournament. 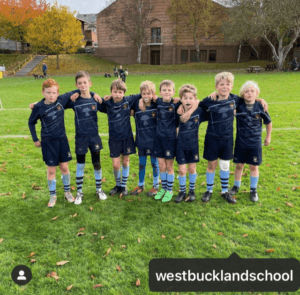 North Devon Sinfonia is back

On Sunday 14th November, the North Devon Sinfonia orchestra was back to its full strength after almost two years off. The orchestra performed at the Queen’s Theatre, Barnstaple, raising funds for the North Devon Hospice. The exciting programme included Schumann’s piano concerto played by Caroline Clipsham (mother of Emelia Yr 5 and Charlie Yr 2) and arias from Carmen sung by our very own singing teacher, Louise Mott.
The orchestra itself was made up of local musicians, including many members of the school community – Mr Stapleton on double bass, Mr Burstow on lead Trumpet, Mr Carter conducting and Pish Allaway on piccolo, as well as many of our fabulous Visiting Music Teachers.
It was a fantastic evening and wonderful to be playing in front of an audience again.

On Friday, The Phoenix Society held a debate between the OWBA and West Buckland. The motion was: “This House Believes that all drugs should be legalised” (WBS Proposing).
After many compelling and well researched arguments on either side, WBS won.
Our special thanks to:
Dr John McKerrow, Euan Lorimer (President of the Phoenix Society), Alfred Reynolds (Secretary), Mia Roscoe and Ben Pugsley (representing WBS. Thank you also to Graham Bloxham & Sara Tennant (representing OWBA), Mrs Jo Kift (photographer) and Holroyd Howe for the excellent carvery. 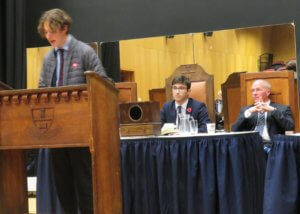 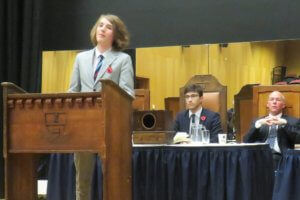 West Buckland is on the road

At West Buckland School, we are always looking for ways to connect with our community, be it alumni, current parents and students or our future pupils. This week we have been to the Independent Schools Show in Battersea Park and the Anderson Education Schools Fair in Dubai, where we met up with new families. We were delighted to meet up with some of our alumni in the UAE and catch up on news.
We’ve also attended Sixth Form Options Fairs at Pilton School and Great Torrington School and we look forward to getting out and about as students choose their next steps.